Let me start by saying I by no means consider myself match fit ready to take on the Barista champion gauntlet. However, as someone whose been his fair share of coffee events, the Barista champion phenomenon is as curious as it is special. It takes a wealth of experience to just get to a level worthy of entering. Even the months prior require strict practice, research and stage presence to become a show stopper.

What many deem the pinnacle in achievement is the World Barista Championship (WBC). The tournament pits 55 of the worlds best Baristas against each other over 3 rounds. The task – prepare 4 espressos, 4 milk drinks and 4 signature drinks to exacting standards within 15 minutes. A true flex of coffee skill, knowledge and creativity, which is why I’ve taken a look at a number of Barista Champions to get an insight into what makes them tick.

How did they get into coffee?

Contestants in tournaments like the WBC have gained years of experience and shown a serious dedication to the trade. What seems consistent across all is a passion for coffee, whether in its consumption, as a science or art form. Most baristas began their coffee journey for different reasons, but all inevitably broadened their skillset to become well rounded individuals. Agnieszka Rojeska (2018 World champ) came to coffee for latte art, but later would co-own a coffee shop in Poland. Conversely, Dale Harris (2017 World Champ) started out as a barista but won the WBC whilst director of wholesale at Hasbean coffee. 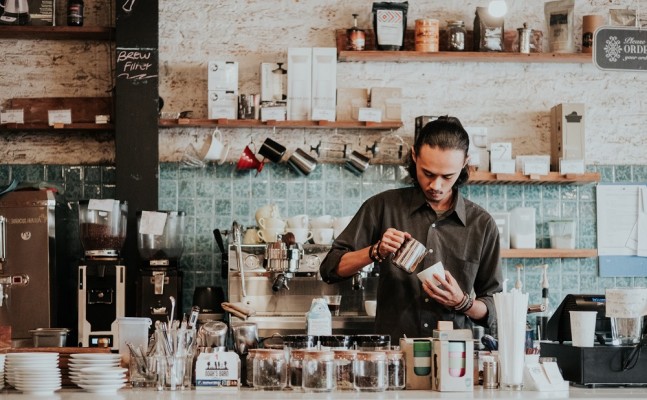 What does it take to become a champion?

The WBC demands people of well rounded talent. As minimum you need to be awesomely competent with barista equipment such as the grinder and espresso machine. However, as with any barista the coffee produced is only as good as the ingredients and methods used. The greater the coffee or method, the greater the end result. Berg Wu (2016 World champ) meticulously planned to use a new 2015/2016 crop of a washed Geisha from Finca Deborah. A coffee grown at high altitudes of 1950 ft using quality farming methods that led to a bean of exquisite honey like sweetness and aromatic florals that linger in aftertaste. Alternatively, Dale Harris’s (2017 World champ) scientific approach would set him apart from the competition. Going to the extreme lengths of using a gas chromatograph mass spectrometry machine to explore how aroma compounds impact flavour would assist his winning presentation with advanced knowledge on how his coffee tasted.

Like a world class chef the thought behind how ingredients work together is a skill in itself. Balance, taste, mouthfeel, aroma…the list goes on…all work to contribute to the overall flavour of coffee and signature drink. Many experienced baristas have knowledge of this through the sensory processes they undergo when trying coffee, from cupping roasted coffee to creating espresso recipes to find that sweet spot between sour and botter. Agnieszka Rojeska’s (2018 World champ) winning signature drink was a reinvention of the naturally bitter Gin and espresso tonic. She created acidly citrus tonic to counter the coffee, Turkish quince juice for sweetness and gin for strength. A complimentary naturally-processed Ugandan (Arabica) filter coffee was used to offset the morbidly bitter Espresso whilst adding a fuller body of prune, rum, and cherry flavournotes. The rest was history.

Persistence, passion and experience in a demanding industry are all prerequisites of an WBC title. Many have spent years yearning, learning and honing skills by entering countless competitions. A common theme among competition judges is the search for people who they can relate to as an expert in field who they can not only learn from but aspire to be as an ambassador of coffee…or peoples champion. 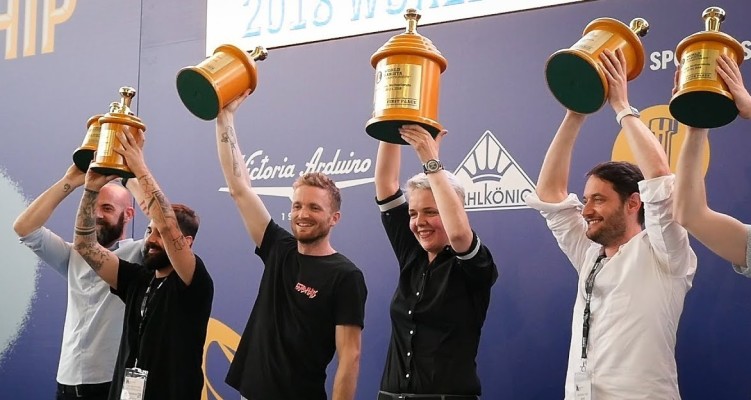