For those in search of the perfect coffee it comes as no surprise when Gesha (or Geisha) gets an honorable mention. The Gesha varietal has seen growing popularity over the past decade following countless Cup of Excellence awards and becoming a common go to coffee in Barista championships. To some its gained recognition as the pinnacle of what Speciality coffee stands for. In terms of excellence and exclusivity, from its origin, cultivation and highly acclaimed flavour. 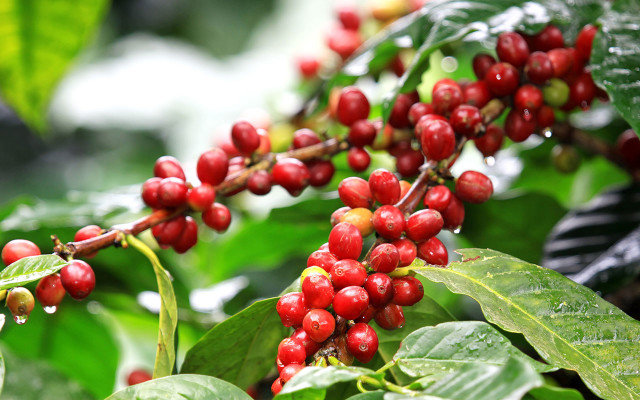 As with nearly all coffees its origin lay in coffees birthplace Ethiopia near the village suitably named Gesha. Its story dates back to 1931 whereby a British Ambassador took this now prized cherry across Africa. Later finding its way to Costa Rica and Panama where it would build upon its award winning reputation.

Geshas early harvests in Central America weren’t anything to astound until 2004. Here is when the infamous ‘Hacienda La Esmeralda’ farm entered a Panama coffee competition and blew away competition in first place. Further repeating its award winning spree until 2010. The Gesha itself is a very delicate and low yield crop. Through meticulous farming, perfect harvest conditions coupled with higher altitude plantations (1400+ metres) its true potential is reached through a denser and fuller flavour bean. 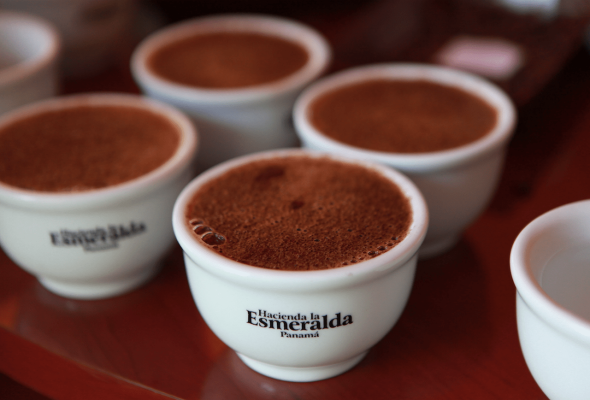 Gesha is known for having a very distinctive and complex flavour profile. It showcases a palette of fruit flavours ranging from mango, orange, pineapple and berries with floral undertones like jasmine. However, its most desirable flavour includes Bergamot, where it bears similarity to Ear Grey. Many deem this tasting note as the holy grail. These flavours are further enhanced by its clarity and fuller body, which when farmed well shines on every angle.

Gesha has secured itself in the hall of fame for its accolade of awards that have justifiably made it one of the most expensive coffees available. In a recent auction it was priced at $601 per pound (around £1 per gram). It first gained praise in the Best of Panama competitions winning from 2004-2007, 2009 and 2010. La Esmeralda gained it the highest ever score in the Rainforest Alliance Cupping for Quality competition with wins in 2004, 2005 and 2007-2009. More specific to Speciality coffee it came first place in the SCAA Roasters guild competitions in 2005, 2006 and 2007 and the list goes on.

There is no doubt Gesha will continue to build upon its award winning reputation. However, there is still room for it to grow. Many cafes restrict themselves from using such an expensive bean, which can be understandable as its best enjoyed as a filter coffee and coffee shops predominately serve Espresso. As demand for speciality coffee grows so will praise for the Gesha varietal. Let’s just hope it continues to live up to its reputation, but more importantly its controversially ridiculous price.

Coffee delivery straight to your inbox