Although all of our coffees are incredible, especially since they have technical cup scores of 85+, Peng Editions represents the highest calibre of coffee we have to offer – with scores of 90+.  In celebration of this range, our first edition was an exclusive to The Narrative – our coffee subscription service.

Diego Samuel Bermudez is a fascinating farmer having dedicated the last 13 years of his life to coffee.  On his farm, Finca El Paraiso they grow Colombia, Castillo, Caturra and the much lauded Geisha varietals on well manicured 27 hectares of land, at just 1700 metres above sea level.  This isn’t Ethiopia.  What they lack in altitude, they make up for in high end technology.

On the farm, not only have they excelled at farming coffee in one of the most popular coffee growing regions in the world.  Diego Samuel Bermudez has also taken it upon himself to learn, practice and master an often less-considered art in the world of coffee.

For the uninitiated, processing of a coffee happens after the coffee cherries are picked, and well before they are roasted.

The most common type of processing is the “washed” process.  This process is the cleanest, and the husk is washed off the coffee bean at a washing station.  The process is fast and easy, and produces clean and familiar tasting notes.

Next is the “natural” process.  This usually involves leaving the coffee cherries on raised beds to dry naturally in the sun.  This is a more labour intensive process, but lends itself a “natural” fermentation which adds new complexities to the coffee.  Much like fermentation of ingredients in the world of cooking.

There are other processes in between, but the idea of fermentation is what leads us to this breed of coffee processing that Diego has perfected, and many others are now trying to emulate.

Anaerobic or macerated processes look to manipulate this fermentation process to another level.  To the point where new tasting notes never before sampled are now being found, which has made this type of processing particularly exciting.

That’s right, it’s completely bonkers.  One of the tasting notes from this coffee has been marked as candy (or Skittles!) and it genuinely tastes sweet in a way you may have never tried before.  It’s delicious – honestly, you’ll have to take our word for it if you were unable to get a bag.

How is this even possible? Well, here is the lowdown on the recipe used on the relatively common Colombian varietal – Castillo – that has allowed quite an average coffee to stand up against the best in the world.

1. First phase is an anaerobic fermentation in cherry for 48 hours in tanks with relief valve at 18 degrees Celsius.

3. The second phase is an anaerobic fermentation with mucilage for 96 hours at 18 degrees Celsius.

The drying process is made in our drying machine (eco-enigma) which works by condensation.

If this all sounds crazy to you, it does to us too, but what can we say – Diego Samuel Bermudez is a competition winning farmer who knows what he’s doing and the results are truly extraordinary.

Watch this space for more coffees from this special farmer… 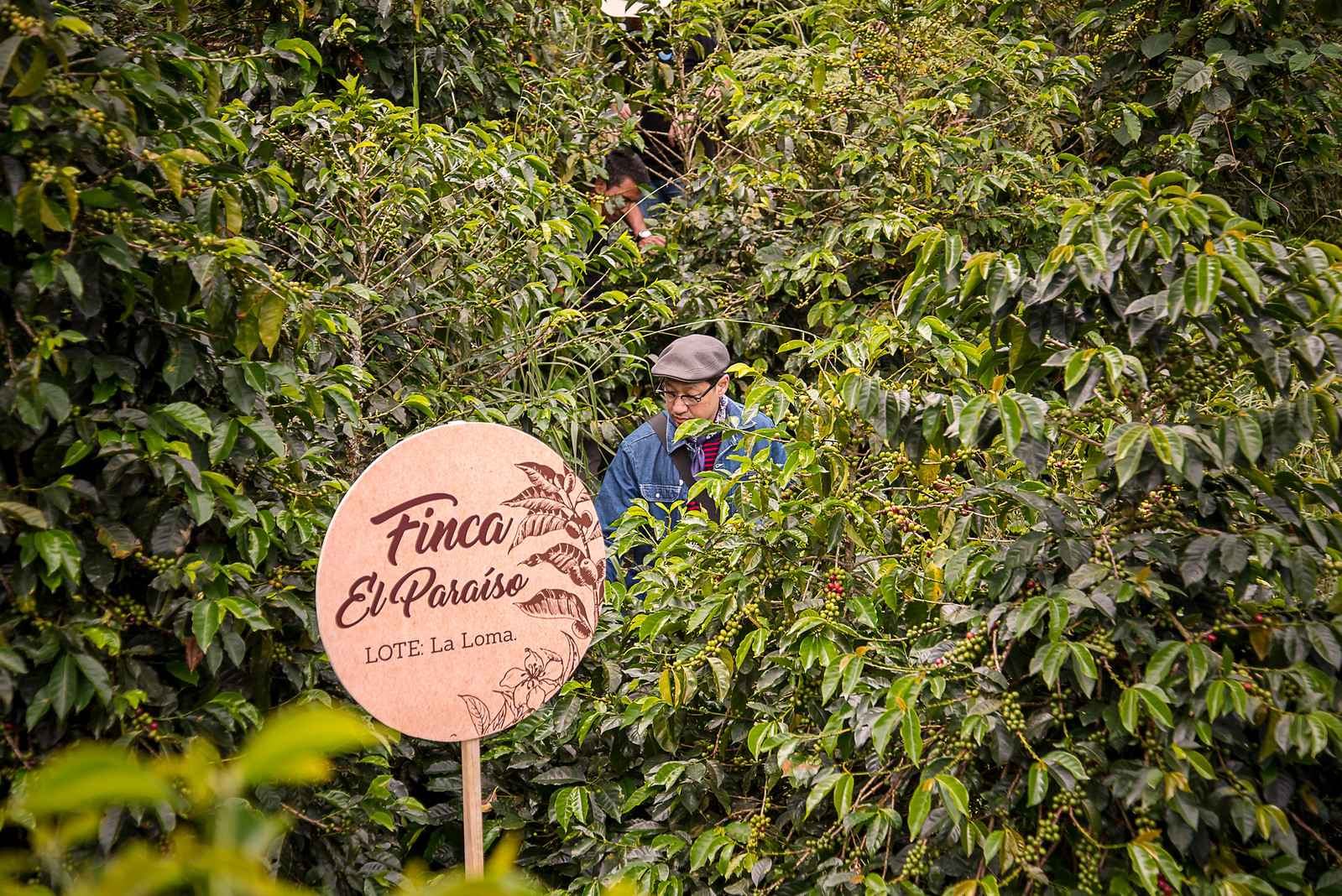 Find out why it's the best

We use cookies for analytics and coffee alerts. By proceeding you agree you're happy with that.I agreePrivacy policy