When you go to enough coffee shops as I have you get exposed to the nichest of niche coffee beverages…some good, some bad and some just plain ugly. Lattes, Espressos, Flat whites, Cappuccinos are just a few of the commoners around the block. Although if I were to mention the likes of a ‘Ristretto’ a perplexed face could ensue, but what the hell are they?

What is a Ristretto?

The Ristretto is traditionally a short shot of Espresso. When translated from Italian it means ‘Restrict’, which couldn’t hold truer when we look at how it is made. It is produced using the same amount of ground coffee as an Espresso but using half the amount of water. This results in a much smaller beverage due to a restricted extraction process, most commonly by a reduced extraction time. 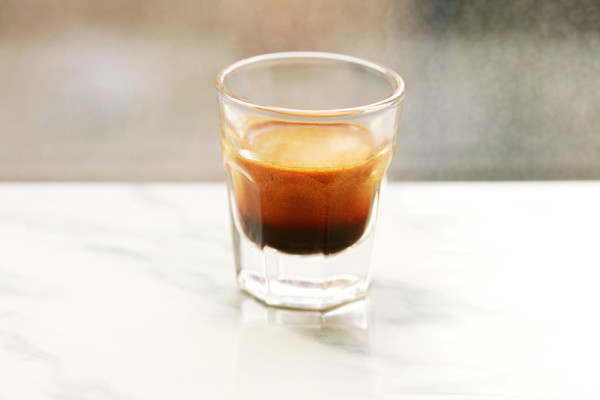 When done properly the Ristretto is said (by many preaching Italians) to create a fuller bodied, syrupy coffee with more intensity than its bigger brother the Espresso. Whilst it is hard to argue with connoisseurs of the beverage, this assumption would suggest the early stages of bean extraction could be more favourable in flavour. From my own experience I’ve found the Ristretto tends to have a higher crema ratio that could support this. This is largely due to it being a smaller volume but have an equal surface area for Crema to lay on, which adds an extra level of richness. (Crema being the syrupy foam at the top of the Espresso).

How to make a Ristretto

Ristretto recipes differs from coffee shop to coffee shop but can be categorised in 3 methods. Each with their own pros and cons when compared to pulling a standard Espresso shot.

Note – This is the easiest method to run but if extraction is fast there is a risk of under extraction due to the restrictions on time and weight. This can result in an imbalanced flavour leaning on sour.

Note – Unless you regularly make a Ristretto, a consistent harder tamp is tough to repeat to ensure a similar extraction time to an espresso. Too hard a force can result in over extraction leading to bitterness.

Note – A finer grind has a higher chance of the shot becoming bitter. This method may also have repercussions in service. The coffee will need to be redialled in to produce an espresso when switching between brew methods and recipes.

Currently Ristretto orders are too far and in between in the UK unless you go to die hard Italian coffee joints or touristy areas. In spite of this the main take is that they’re out there and provide another way to enjoy your beloved coffee that you may wish to either try or serve. And who knows, may be the Ristretto will be the new Espresso in years to come.